Mouse DPI & Polling Rates: Do They Matter for Gaming?

Gamming mice manufacturers generally concentrate on high DPIs and polling rates when advertising the product. But what do these specifications actually mean, and are higher values really useful?

In this article, we will be looking at things that really matter when choosing a gaming mouse. If you do not play games that are very competitive, you really might not need to worry about having a mouse with high DPI and Polling Rates.

Gamers as well as graphic artists and designers are those who really do need to worry about it, this is why their values are displayed in advertising and on packaging for gaming mice. Now, let’s explain the meaning of DPI and Polling rates.

How does a mouse work?

If you’ve been around for a while you will remember when there were trackball mice and how inaccurate they were, the was simply because a mechanical roller picked up the movement of a robber ball beneath the mouse as you moved it across a mouse pad (which picked up dirt as well) and translated the mouse movement into signals your computer could understand. Those days are long gone, and today we have two other types of mice, namely, optical and laser mice.

Like the name suggests, Optical mice functions with the aid of a red light. The red light contained in the mouse is assisted by a little camera otherwise known as the CMOS sensor.

Once the mouse is moved around, the light shines, sending its rays to rest on the surface on which it was placed, the CMOS sensor takes several of pictures in seconds, the mouse then uses the pictures to determine the direction of the moving mouse. This direction is then sent by the mouse to your computer and the cursor is moved on the monitor.

The laser mice functions similarly to the Optical mice, but uses infrared light instead of visible light which is invisible to the human eye. Laser mouse can track tiny details easily, and it is able to work on reflective surfaces easily unlike the optical mouse.

So, if you aim at a moving target in a game, you can easily hit your target as you move the mouse however small the movement maybe.

However, setting your mouse’s DPI too high isn’t always the best; this is because it might start jumping or flying across your screen when you move the mouse slightly. The buttons that come with a lot of high-end gaming mice can be adjusted; this will allow you adjust the DPI so that you came get the best setting for the game.

You can also decide to pair a high DPI mouse with a low sensitivity setting, which will help stop the cursor from flying across the screen but the movement will still be smooth.

The DPI of a mouse depends on the hardware of the mouse. So, it will be almost impossible to get a high DPI on a very cheap mouse. Even when the sensitivity is adjusted, the cursor will jump in an unpleasant way. The hardware of cheap mice is not sensitive, so they don’t pick up movements accurately.

A lot of gaming mice allows you to select the polling rate in the control panel while others can be adjusted via hardware buttons at the side of the mice.

Which mouse DPI and polling rate is the best for Gaming?

There is no specific mouse DPI that is the best. Even manufacturers of games have admitted that DPI is not much of a big factor when playing games. You just have to find something that works well for you.

A DPI that is too high will make the mouse cursor fly across the screen too fast. The DPI depends on the game you are playing, the screen resolution of your monitor and how you use your mouse. So, the DPI setting of a gaming mouse for strategy games will be different from the one you use for RPG games like Assassin’s Creed Odyssey.

DPI and polling rates are a subject of great debate. Everyone has an opinion, and even some gaming mouse manufacturers have said that DPI is a fairly irrelevant specification to talk about as most of them use hugely high DPI counts for market purposes.

Those who don’t know what DPI means indirectly think having 12.000 DPI is something they need to perform better in game.

An extremely high DPI would cause the mouse cursor to fly across your entire screen when you nudge the mouse. For this reason, a higher DPI isn’t necessarily a good thing. The ideal DPI depends on the game you’re playing, the resolution of your screen, and how you prefer using your mouse. 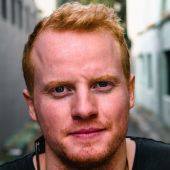 My name is Paul, I am a professional writer and I write on various topics about everything that surrounds me, especially I like to write about modern technologies and IT, because I think that the future lies with them)

What Do I Choose For Gaming: Laser vs Optical Mouse